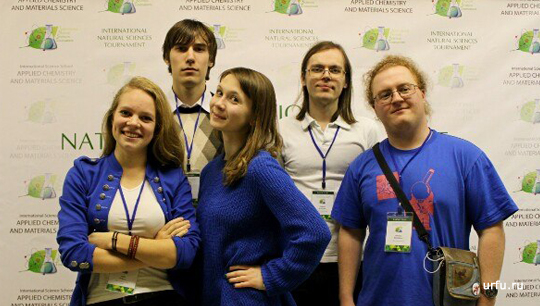 UrFU students win bronze at the Tournament of Natural Sciences

Gadsden Chamber of Commerce issued the following announcement on Oct. 9.

GADSDEN, AL---October 9, 2019---B.A.S.S. (Bass Anglers Sportsman Society) announced the 2020 schedule for the Basspro.com Bassmaster Opens recently and Gadsden and Neely Henry Lake will host a tournament May 21-23, 2020 at Coosa Landing in downtown Gadsden. Hosted by the City of Gadsden Parks and Recreation Department and Greater Gadsden Area Tourism, the tournament will attract up to 225 boats and 450 amateur anglers from across the country and is expected to generate over $300,000 in direct economic impact for Gadsden and Etowah County.

Greater Gadsden Area Tourism credits fishing tournaments with helping the local economy. A 2019 study by Jacksonville State University on the economic impact of the Coosa River and Neely Henry Lake on Etowah County reported that tournament bass fishing in 2017 created $10,400,000 of economic activity. “While the anglers are in town, they are buying fuel for their boat and tow vehicle, tackle and supplies, lodging, food, and other products and services,” says Tourism Director Hugh Stump III. “Many anglers come to town in the days or weeks before the tournament to pre-fish and work out patterns for the tournament days.” Since there are no “off-limits” days, anglers can come to Neely Henry to practice and pre-fish as much as they like.

The Basspro.com Bassmaster Opens schedule will once again feature four events in two divisions — Eastern and Central — with the winners of each event earning an automatic berth into the 2021 Bassmaster Classic, provided he or she has fished all four events in that division. The Top 4 anglers from each division’s final points standings will receive an invitation to fish the 2021 Bassmaster Elite Series. But, as a new addition, Elite Series invitations will also be extended to the Top 4 anglers from the cumulative standings for both divisions. That means 12 competitors can earn a chance to pursue their dreams as Elite anglers.

“The Central slate offers a fantastic variety of fisheries,” said Chris Bowes, the tournament director for the Bassmaster Opens. “Lewisville is an urban fishery that’s located right outside of Dallas. Then you have Neely Henry, a classic Coosa River fishery known for big spotted bass, the Arkansas River, which offers about every kind of structure you can imagine, and a September finish at Sam Rayburn — a place we know is capable of producing 30-pound limits.”

For more information: go to Bassmaster.com or contact City of Gadsden Parks and Recreation Director Jennifer Weathington at 706-622-7158.