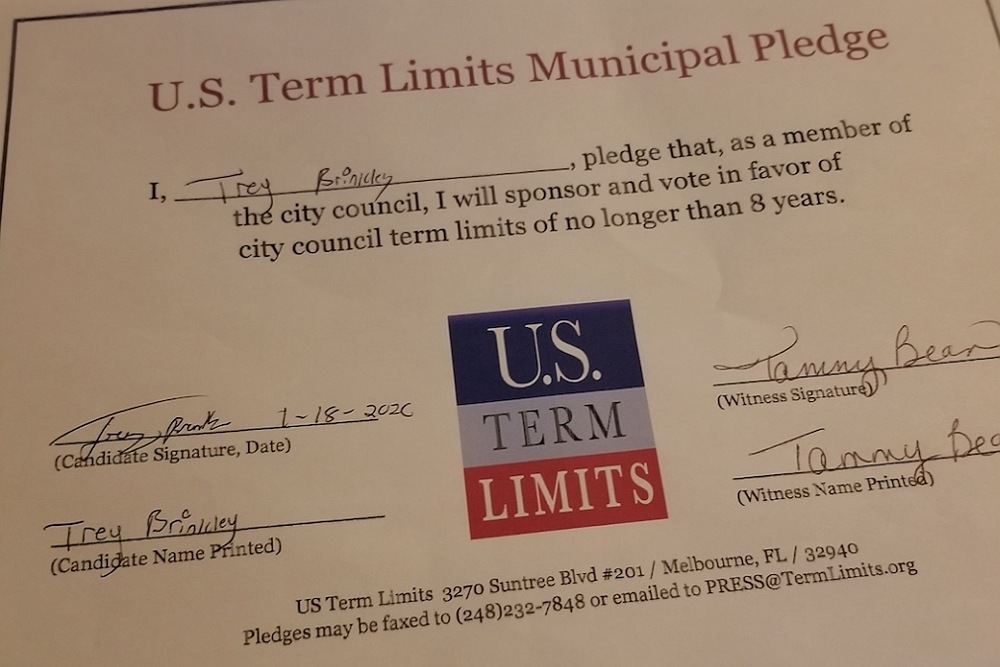 As President Harry Truman once said ‘Term limits cure senility and seniority – both terrible legislative diseases.’ This renders term limits as not only a cure, but a safeguard.”

If elected, Brinkley will be the first Rainbow City Council member to have signed the pledge to term limit the council to eight years.

Want to get notified whenever we write about U.S. Term Limits ?

Sign-up Next time we write about U.S. Term Limits, we'll email you a link to the story. You may edit your settings or unsubscribe at any time.